Who am I? I am glad you asked. I am an area boy. That is the sum of my essence. I have been loitering around this earth doing what, I don’t know. I expect that when I get to the pearly gates, Orunmila would ask me: So… what did you go do over there? And I would reply: I have no idea! Shebi you were the one that sent me over there!

So I have told you that I don’t know what I am doing here. I have found myself floating lazily on bits and pieces of the flotsam and jetsam of life, sometimes enjoying myself, sometimes, just being miserable, call it a bi-polar existence. I have three sets of admirers: Those who love me when I am rolling with the joy of the ride, those who love me when I am rolling with the rage of my condition, and those who love me anyway. I don’t like formal education; I am happily anti-intellectual. My most miserable times have been spent being miserable under classroom arrest, quaking in my boots before someone with enough gumption to call me a student. The forced structure of a classroom experience, the suffocating dictatorship of the classroom’s hierarchy, the sage on the stage silliness instead of that guide by the side paradigm, man, that stuff eats me up. But I lived through it all, I survived (I think) the tyranny of Catholic Boarding School (five hellacious years) and the phoniness of a university education. 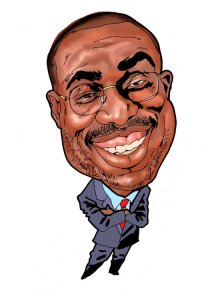 So I have all these certificates but so what? Na book man go chop? I can honestly say that they have been worthless to my sense of self-worth – they read like an after-thought, an irritating footnote to everything that I hold dear. I still read a lot but I don’t read a lot <grin>. I mean, if you read something and you don’t remember that you read it have you been reading? I think that the book as a medium of communication is dead. I exaggerate slightly. The book is on life support. Who read reads books anymore? Why bother? A monkey with a credit card can bag a PhD off the Internet in two weeks flat. Money talks. Just click on the one you want, it goes in your electronic shopping cart and voila, in two weeks when the post office delivers your certificate, you are now Obo the monkey, PhD!

Books just confuse the hell out of me. Take Ben Okri’s books for instance. I am yet to finish any one of his books. My ego will not let me denounce them as unreadable. I wish I had Chinweizu’s courage, he famously said that  Wole Soyinka winning the Nobel prize would be a nice instance of “the undesirable honoring the unreadable.” Soyinka went on to win the Nobel prize in 1986.  Don’t get me wrong, I think that Ben Okri is a genius. In his books, poetry shows up in many places. Okri is a survivor of a war. Westerners roaming Okri’s world would definitely find a magical world, albeit one that is a grimly overrated reality for many children of Africa- mute witnesses to a looming tragedy.  Okri is one brainy warrior determined to tell a story to the world. But I don’t get Okri. I started out with The Famished Road. Dropped it. Picked up In Arcadia and left it somewhere in the bathroom, awed by its incoherence. Picked up The Famished Road again. And I have just stopped reading it again. The Famished Road is a ship-wreck of a novel – shimmering like glassy pieces of brainy material glued together by Okri’s nightmares. The Famished Road immerses you in the despair that you already know of – a story that goes nowhere, fascinating in its mindlessness, but Westerners in America’s suburbs would find it riveting in its grounding with an imagined reality. They will see a society forced into mindless drudgery, its citizens worshipping the deities churning their dreams into nightmares. There will be a need for heavy lifting to shift from this paradigm of irredeemable despair. Hope assures us of the triumph of the will of the beautiful children of Africa willing themselves to survive the vat of hellish carcinogens that is the world they have been thrust in. You will not find that hope in Okri’s world. Despair sells like hot crumpets. I will probably be back because my friend (who is soooo smart) loves Okri. She is always saying, Ikhide you must read Okri, you must read Okri, he is a diviner! I will read Okri again because my friend says to read Okri. But I don’t get Okri.

I haven’t read a real book lately. I read a lot of junk on the Internet. Every now and then one comes across some good stuff but I wonder if the author knows… I recently read this really nice piece by the writer Tolu Ogunlesi – Burn a Bookshop Today and here is an actual quote from this genius: “After the man who invented education, the guy who invented books and publishing deserves the title of Public Enemy No.1.” And I say, Amen! And one last thing, this visionary (Tolu Ogunlesi, that is, not me!) suggests: “If you can’t burn a bookshop, there’s something else you can do: Kidnap a writer, especially a published one! That will discourage the unpublished ones.” A double Amen! to that! I shall be back. A ga na hun O!

4 thoughts on “Lost in America: Self-portrait”